The Landguard Peninsula sits alongside the Harwich Haven, the finest natural estuary in the East of England, where the rivers Orwell and Stour meet the sea.

A thriving area of commercial ports and pleasure sailing - this deep-water estuary has provided a safe haven and access to important trading routes for centuries. Today you might see massive container ships (some of the biggest vessels in the world), stylish yachts, busy North Sea ferries, beautiful cruise ships and traditional Thames Sailing Barges plying the waters. 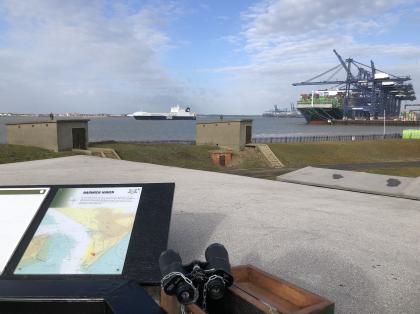 The Haven was an important naval location from medieval times when Edward III assembled his fleet here. Later Harwich was home to an important Royal Naval Dockyard in the 17th and 18th centuries. During the two World Wars it remained critical to the nation's defence with a major Royal Navy Air Station and one of the first ever Sea Plane bases (established in 1913). A special plaque and pictures at the View Point Cafe highlight this former station which once stood on the site of the Port of Felixstowe. It was home to the Marine Aircraft Experimental Establishment (1924-1953), known worldwide for the development/testing of all British sea planes and flying boats; and HMS Beehive (1940-1945), the Royal Navy Coastal Forces of World War II. The latter is commemorated with a memorial which can be seen at the John Bradfield Viewing Area.

A great way to view the Harwich Haven is to take a trip on the Harwich Harbour Ferry which will give you a unique perspective of the Landguard Peninsula from the water. 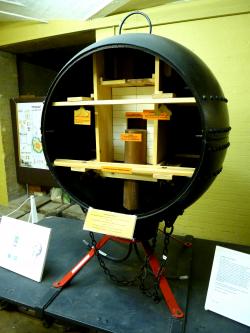 Guarding the entrance to the estuary is the mighty Landguard Fort, which has played a pivotal role in the defence of the East Coast for over 400 years. This was the site of the last opposed seaborne invasion of England, by the Dutch in 1667, and the first land battle of the Royal Marines. Head up to the Harwich Bastion for a fabulous view over the Haven.

Felixstowe Museum is housed in one of the UK's few remaining Submarine Mining Establishments (1878) - where the Royal Engineers once undertook the defensive mining of harbours. You can see the 18 inch gauge tramway which carried the mines out to sea. It also has a room dedicated to the elegant paddle steamers which brought city dwellers up the east coast for seaside jaunts, as well as recounting stories and displaying artefacts of other craft that frequented the Haven.

Dating back to 1875, the Port of Felixstowe was founded by local landowner and politician Colonel George Tomline as ‘The Felixstowe Railway and Pier Company’. In July 1967, it became the UK’s first purpose-built container terminal. Today the Port is Britain's biggest and busiest handling more than 4 million TEUs (Twenty-foot Equivalent Units) and welcomes approximately 2,000 ships each year, including the largest container vessels afloat today - crucially, the Port provides some of the deepest water close to the open sea of any European port. Around 17 shipping lines operate from Felixstowe, offering 33 services to and from over 700 ports around the world. Check out the ‘ship tracker’ touch screen at the Landguard Visitor Centre which shows real-time information on what is arriving and departing. 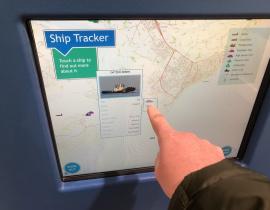 The popular John Bradfield Viewing Area offers unrivalled and up-close encounters with the operations of the Port. See, hear and feel as the vessels arrive and depart, assisted by the hard-working tugs, and unloaded at the berths by the impressive ship-to-shore gantry cranes. With its panoramic windows and outside decking area, the View Point Cafe is a great place to eat, drink and enjoy the views. Tuck into a ‘Handballer’s Breakfast’ named after the important Port job of unloading the containers. 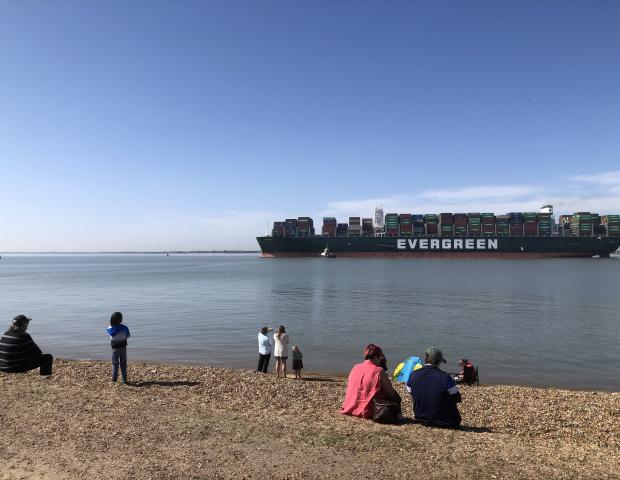 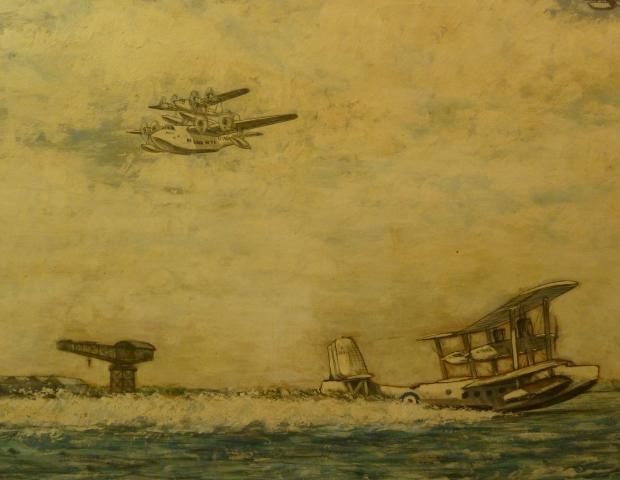 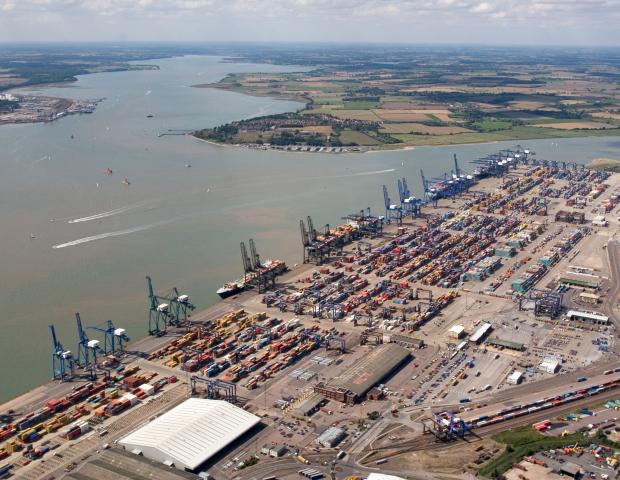 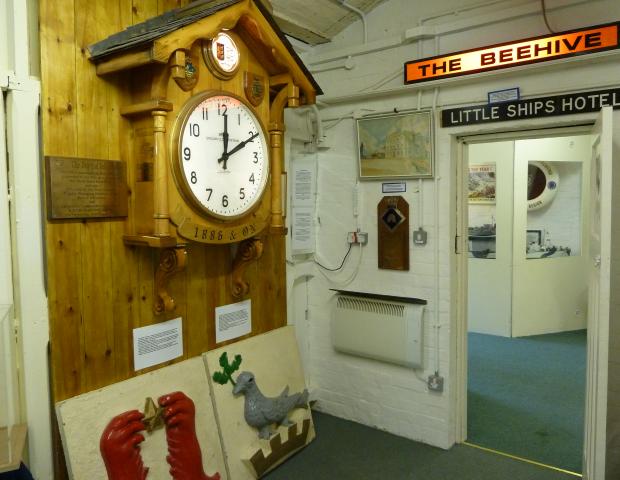 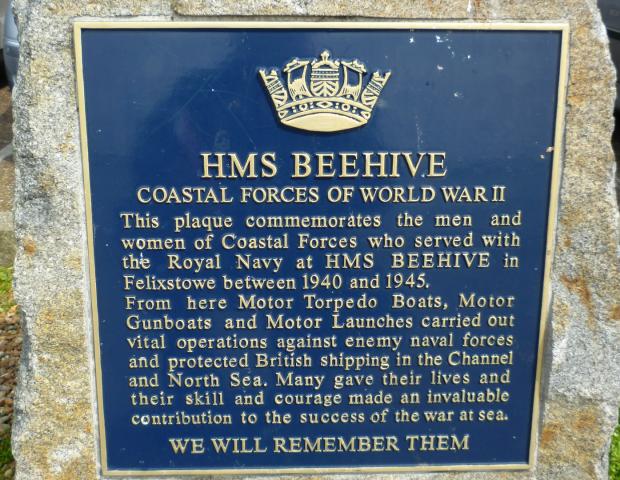 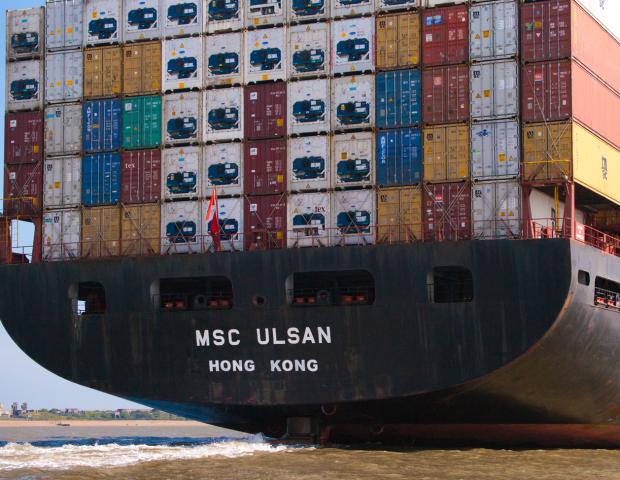 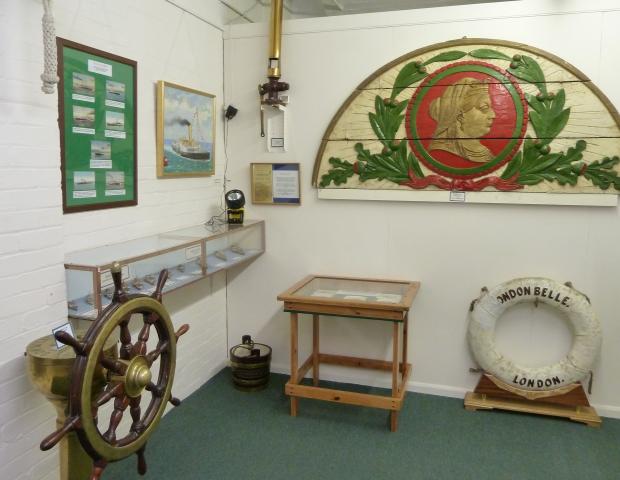 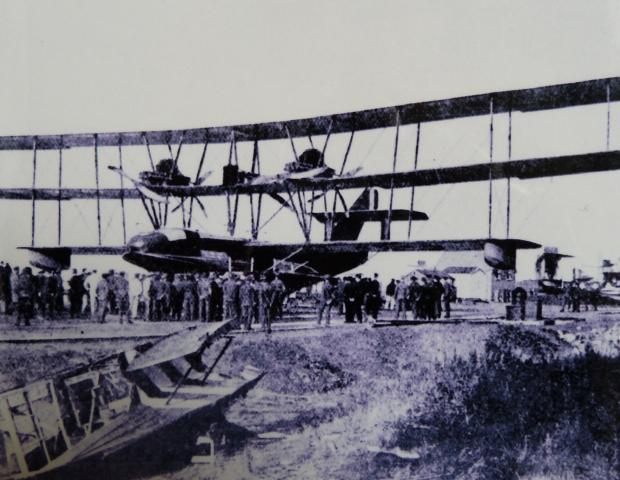 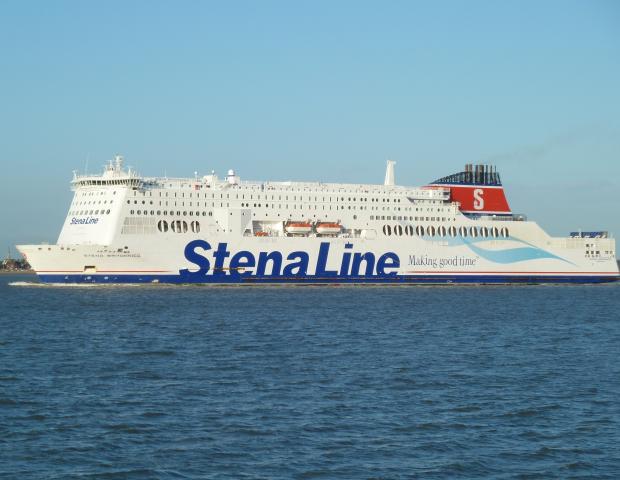 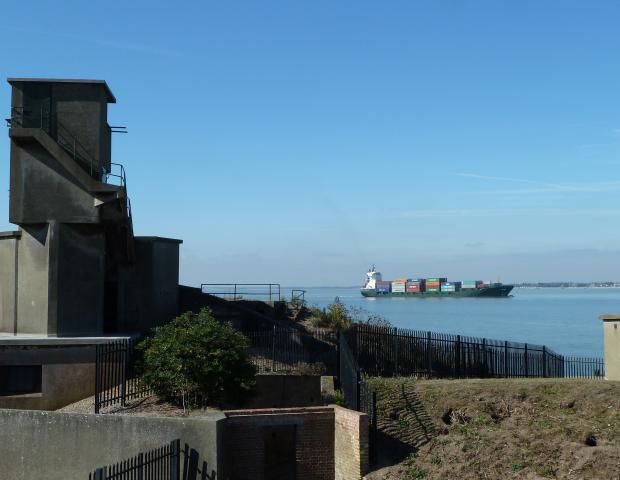 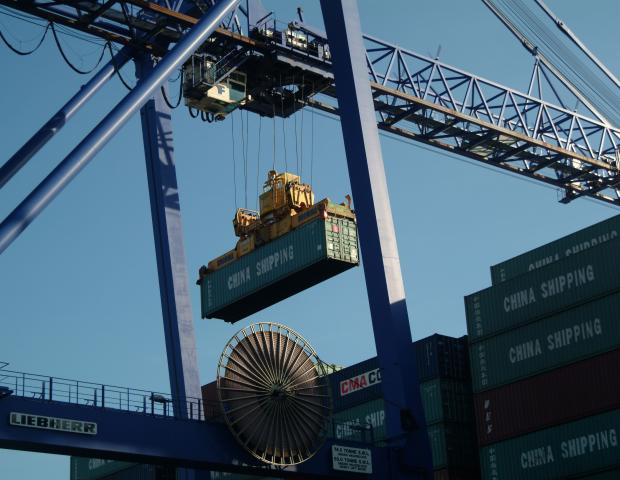 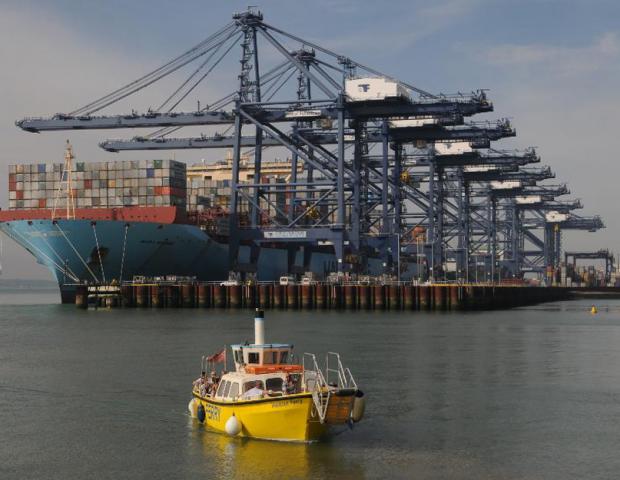 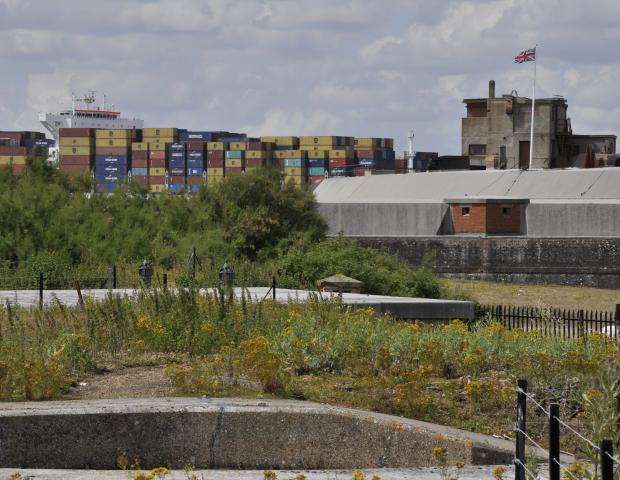 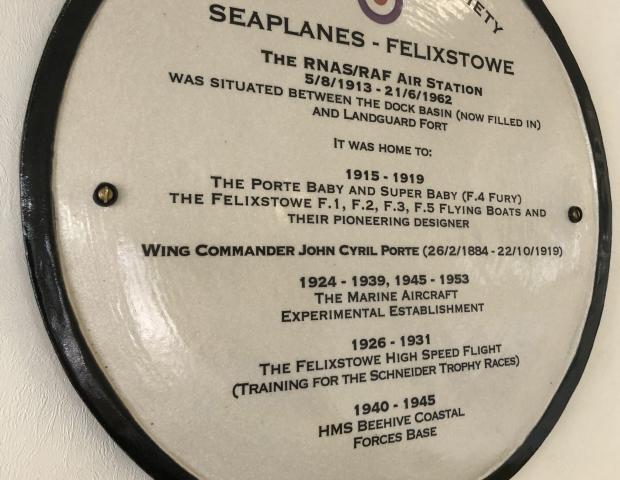